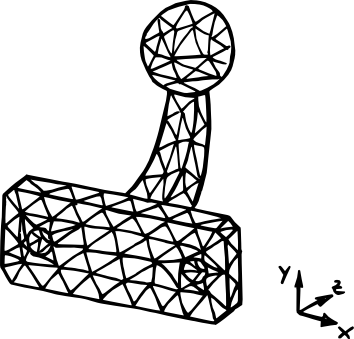 The preprocessing, also called model preparation, is often the most work intensive step of the FEA. For the viewer of the component-surface this usually means the disassembly of the components into small parts, the finite (small, but finite) elements. This process is called meshing. A fundamental distinction is made between free- and mapped-meshes. Mapped meshes result in very regular meshes, but it is usually only possible for simple geometries. The free-meshing is used for most of the curved geometries and is based on the triangulation of the surface (the division into smaller triangles) and the creation of tetrahedrons (a solid which consists of four triangular side surfaces) which fill up the complete component volume. This procedure can be done with rectangles from which later a hexahedron is created.

The next step is the definition of materials, since the capability to endure external force depends strongly on the used material. Why does a component break? If the load limit is reached, the component will break or get permanently deformed. The material behavior regarding external forces, like the reaction of the component (e.g. deflection), is essential for the mechanical strength analysis. 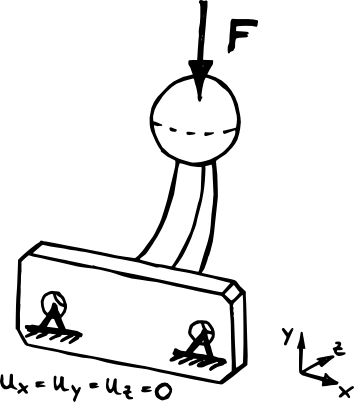 The last step of the model preparation is the applying of boundary conditions. In order to prevent the component from moving around, a constraint is needed, similar to the rigid clamp of a bending beam. Further boundary conditions define the external forces on the component, since without them no deflection would occur. Loads like pressure or force have an effect on parts of the component, which have been defined by the user who also assigned numerical values to them. This is sufficient to perform a successful calculation.

Now the FE-model is prepared and can be transferred to the solver.